It would’ve been understandable if Isaiah Simmons of Clemson failed to live up to sky-high expectations but that wasn’t the case.  The freakish Simmons blazed a position best 4.39 forty at 6-3 5/8 and 238 pounds with a 39 inch vertical leap (tied for 3rd) and 132 inch broad jump (2nd).  Needless to say Simmons helped himself in Indy, which is really saying something since he was already considered to be one of the best prospects in this class and a sure-fire Top 10 overall pick.

In other cream rising to the top news, Kenneth Murray of Oklahoma showed off impressive size, speed and explosiveness by running a 4.52 forty with a 38 inch vertical and 129 inch broad jump.  All of which were among the best at his position.  Murray also reportedly knocked it out of the park in his interviews with teams. Meanwhile Patrick Queen of L.S.U. is right on Murray’s heels after running a 4.50 and turning in a terrific all-around performance.  Unfortunately both Murray and Queen suffered minor hamstring injuries and weren’t able to complete full workouts but did more than enough to secure their status among the best ‘backers in this class.

Davion Taylor of Colorado ran an official 4.49 but many teams had hand times in the 4.3 range.  That speed probably shouldn’t have come as a surprise considering his track background.  Adding to the intrigue is that Taylor hardly played football in high school for religious reasons before walking on at a junior college and eventually landing with the Buffaloes.  Not only is Taylor just the type of athletic, three-down linebacker the league is looking for these days but his best football is still to come.  Don’t be surprised if Taylor is selected earlier than most expect.

Willie Gay, Jr. of Mississippi St. tested like an early round pick but his draft stock is as volatile as any prospect in this class.  Physically Gay, Jr. looks every bit the part and ran a 4.46 forty with the second best vertical leap (39 1/2 inches) and the best broad jump (136 inches) among linebackers in attendance.  Those workout results only tell part of the story though.  A former top recruit, Gay, Jr.’s college career can only be described as a disappointment due to a mixture of limited playing time and off-the-field issues.  A case can be made for Gay, Jr. to be selected on Day 2 but a slide well into Day 3 is also a distinct possibility.

An average of less than five inside linebackers are selected in the top three rounds in any given year but Jordyn Brooks of Texas Tech and Logan Wilson of Wyoming may have secured a couple of those coveted spots with their performances in Indy.  Both Brooks and Wilson ran better than expected with a 4.54 and 4.63 respectively.  Those times should help alleviate concerns about their ability to match up and drop into coverage, which is such a vital part of the modern game.

Despite being uber-productive there were major concerns about the speed and athleticism of Evan Weaver of California.  In the end Weaver actually tested okay, running a respectable 4.76 forty with solid marks in the short-shuttle and 3-Cone drills as well.  Even though those numbers don’t necessarily match up with what scouts see on tape it will make teams feel a lot better about investing a middle round pick on the stat-stuffing ‘backer. … Azur Kamara of Kansas was a relative unknown when he was added to the Senior Bowl roster as an injury replacement but opened some eyes with his ability to rush the passer in Mobile.  Kamara, who has outstanding length with 35 1/4 inch arms and a 82 5/8 inch wingspan, continued to build on that momentum in Indy by running a 4.59 forty. … Carter Coughlin of Minnesota quietly turned in a solid workout, running a 4.57 forty with a 36 inch vertical leap and 126 inch broad jump.  A defensive end / outside linebacker ‘tweener, scouts question Coughlin’s ability to play an every-down role at the next level but that better than expected speed and athleticism should help his cause.  At the very least Coughlin profiles as a solid backup and core special teamer. 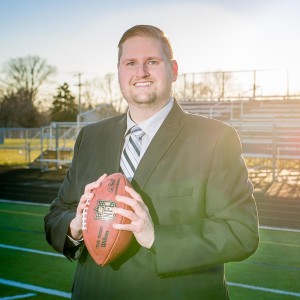 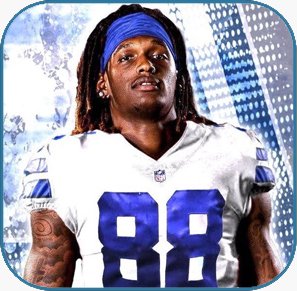