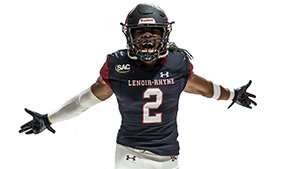 Josh Buchanan is the football scouting community’s preeminent small school prospect guru.  His knowledge of non-FBS prospects, or what many would call “sleepers”, is absolutely unparalleled. That wealth of knowledge is the result of a tireless work ethic and a vast network of connections made during his time in player personnel for a high school All-American game and several collegiate all-star games including the Las Vegas All-American Classic, Texas vs. The Nation and the NFLPA Collegiate Bowl. Buchanan has also covered the Football Championship Subdivision for Phil Steele Magazine and collaborated with D2football.com.

The Countdown with Derrick Brown