Once a competitive Big East team, USF is in the basement of college football while NC State is one of the middling teams in the ACC yearly. Despite this, the Wolfpack have some excellent 2022 NFL Draft prospects, especially on offense who could be NFL contributors. As expected, they blew out USF 45-0 and had a dominating performance. 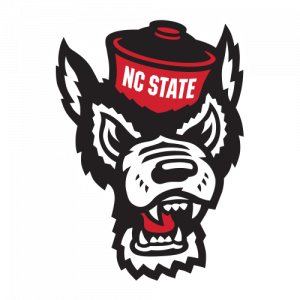 The star of the show in this game, Ekwonu, was dominant nearly every snap. Throughout the game, he was bullying defensive linemen with pancakes galore to open holes for runners while still being ferocious while in pass protection. The mean streak he possesses adds mental intimidation as well. He made it look easy to move linemen where he wanted them with good lower body drive and powerful arms. Ekwonu’s stock is on the way up, and the top 100 could be within reach if he shows these skills in ACC play.

There is an opening in the 2022 RB class for some risers to get to Day 2, and Knight is a player who could fit that bill. Knight’s calling card is his contact balance with exceptional ability to stay on his feet through contact and keep his momentum. Add in NFL size and good burst and solid hands, and the NFL is in his future. His big46-yard touchdown run shows the upside Knight has as a feature back. With production from Day 1 of his college career, Knight has shown the consistency needed to be a solid pro. If he can keep this momentum, the sky is the limit.

Person was the highly touted 4-star recruit in NC State’s 2018 class, but he had never quite hit the ceiling many felt he had. In this game, he was utilized all over the field as a receiver, outside runner, and even blocker at times. This was a good use of his skillset. His 33-yard TD catch on a wheel route shows the upside Person to have to find a role at the next level potentially. Keep an eye on Person’s season and if his athleticism pays off on the field to put him on the NFL Draft radar.

In this game, Gibson made a name for himself with a flop that drew an unnecessary roughness penalty, but he played solid against USF’s weak defense. An experienced player, Gibson showed solid strength and push. Some runs even used him as a pulling lead blocker. There were pass protection plays where defenders didn’t even challenge him due to the competition, so it was hard to truly evaluate. Ultimately, Gibson is a good college player who may not have the requisite size or athletic ability to be an NFL Draft pick.

McMahon played RG in this contest, and similar to Gibson, he wasn’t challenged much by the defense. He has solid footwork and good punching ability right from the snap. If McMahon can play this solid against other defensive lines, he could play his way into the draft.

Wilson had a rough spring after surgery on both shoulders, but he looked healthy in this game, reading the offense and closing on runners, including one tackle behind the line. A good coverage linebacker as well; Wilson did well in coverage as well. Wilson is still not a full-time player for NC State but is a player to look at for the future.

The veteran receiver for the Wolfpack, Emezie’s size is imposing. Big, reliable hands have marked his career, especially in tough contested catches. Emezie isn’t the best athlete, and even against USF, he didn’t get great separation. His experience should put him in the late-round drafted category, and we should expect production consistently this season.

Thomas was a reserve and had one short catch. He will need more playing time to showcase NFL skills.

Fagan was not on our watch list but had an impressive game with some sweeping tackles in the run game and an excellent interception. He isn’t the fastest or most athletic but showed good command of what USF was doing. A name to watch in the future.

Battle was a reserve in the game who came in for passing situations and showed good technique and play. A declaration for the 2022 draft is unlikely.

Jackson is a backup who rotated in at times and showed some excellent pass rushing ability. He is unlikely to declare in 2022 for the draft.

The Florida State transfer drew rave reviews in the spring, but he was a back-up in the game and played sparingly recording no stats.

Grier was the highlight of the USF team with a good body of work rushing the passer from the LB spot and playing the run. He has good bulk and size and used that to rush the passer and get a sack. Often trying to do too much, Grier did make some mental errors. He is a late rounder at best.

2022 NFL Draft Wrap Up: UCF Charges Back on Boise State